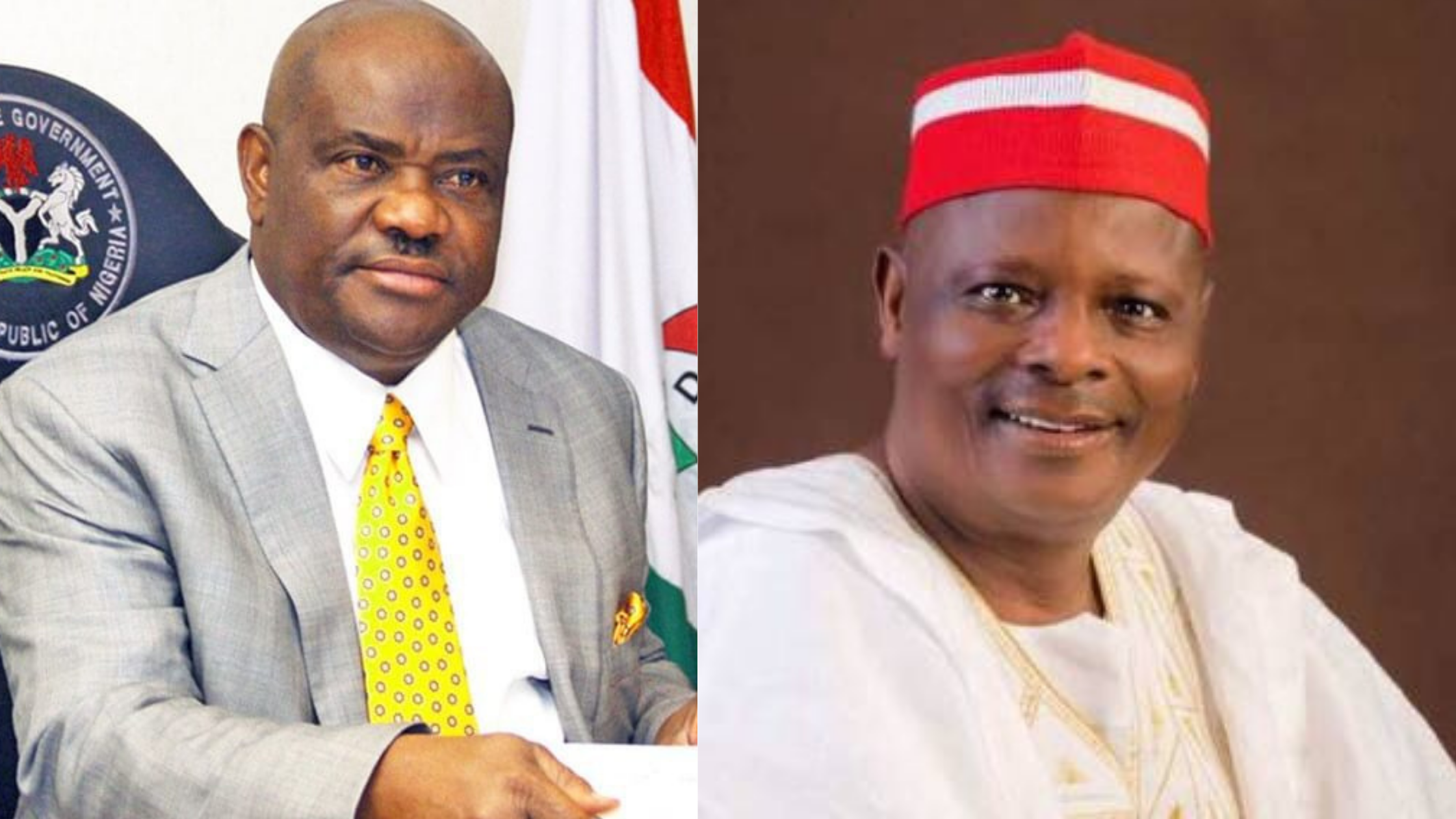 Former Kano State governor, Rabiu Kwankwaso, who dumped the Peoples Democratic Party only in March, appears to be in an unholy alliance with Rivers State Governor and presidential aspirant, Nyesom Wike, in the ongoing convention in Abuja.
SaharaReporters learnt from competent sources that Kwankwaso collected $15,000 from Wike for each delegate from Kano State and had also camped “44 national delegates” in an undisclosed hotel for the Rivers governor.

The former Kano governor, who although officially resigned his membership of the PDP on March 29, 2022, is still in touch with some stalwarts in the party.

“Kwankwaso has collected 15,000 dollars each for Kano delegates with 44 national delegates camped in a secret hotel for Wike,” a top source in the ongoing PDP convention told SaharaReporters on Saturday morning.
SaharaReporters earlier today reported how former Vice President, Atiku Abubakar, Wike, among other presidential aspirants of the Peoples Democratic Party were in a battle of dollars splash on the delegates voting at today’s crucial presidential primary.
It had been reported that each delegate at the special convention had been given over $50,000 bribe to sway their votes in favour of particular aspirants.
No fewer than 811 delegates are expected to decide the fate of the PDP presidential aspirants at the ongoing convention.
The 811 delegates of the party consist of one national delegate elected from each of the 774 local government areas and one special delegate per state and the Federal Capital Territory (FCT) from among persons living with disabilities.
Top sources had informed SaharaReporters on Saturday that Atiku, Wike, former Senate President, Bukola Saraki and Sokoto State Governor, Aminu Tambuwal, were competing in the splash of thousands of dollars on the delegates and it was now a “matter of highest bidder.”
“Each of the PDP delegates has got $50,000 for now; Wike, 15,000 dollars; Atiku, 20,000 dollars; Saraki, 10,000 dollars and Tambuwal, 10,000 dollars,” one of the sources said.
For months, the aspirants had been traversing the country and offering bribes to delegates across states in attempt to woo delegates to vote for them.
The “money politics” in the PDP had not gone down with some of the aspirants who feared they could not match the lavish spending of the leading aspirants and quit the contest and the party.
Only on Saturday morning, one of the presidential aspirants of the PDP, Mohammed Hayatu-Deen, withdrew from the race.
The former Managing Director of FSB International Bank, announced his withdrawal from the race in a letter addressed to Dr Iyorchia Ayu, National Chairman of the PDP, following the path of former Anambra State governor, Peter Obi, who abandoned the race and also dumped the party for Labour Party days ago.
But unlike Obi, Hayatu-Deen promised to remain in the opposition party.

“I Stand With Tinubu, We Need Him” – Veteran Actor, Jide Kosoko

“I Stand With Tinubu, We Need Him” – Veteran Actor, Jide…

Canada-based lady returns to Nigeria to get her PVC

This website uses cookies to improve your experience. We'll assume you're ok with this, but you can opt-out if you wish. Accept Read More